The newly renovated Holocaust Education Centre will be open to visitors beginning January 26, 2023.

Join us at 7 pm on January 25 in the Berney Theatre for a very special opening ceremony. 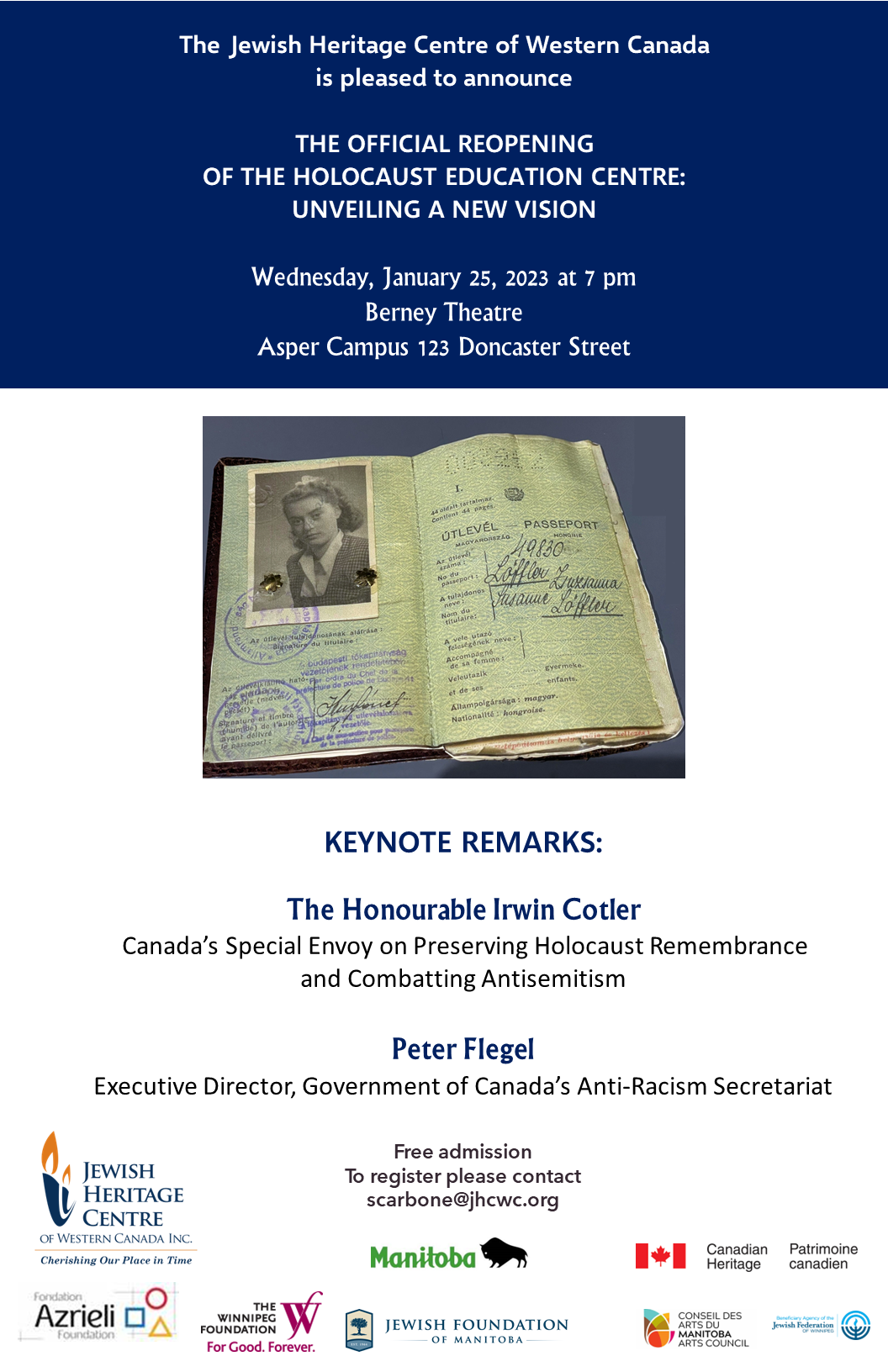 To develop, interpret and disseminate information on the history and culture of western Canadian Jewry and to develop awareness of the history, moral and ethical implications of the Holocaust and other human rights violations.

To document, preserve and share information on the culture and historical formation of Jewish communities in Western Canada. The Centre also serves as an advocate for anti-racism and education on the Holocaust and Antisemitism.

To forge a pathway for the future by preserving and sharing compelling stories and educating the present and future generations.

To collect and preserve the records, artefacts and traditions of our community. These treasures include more than 70,000 photographs and Jewish community newspapers from 1910 to the present, oral histories and other materials;

To present programs and exhibits about the history, experiences, achievements and culture of the Jewish community;

To maintain and expand a searchable and detailed database of Jewish gravestones in Manitoba and further afield;

To promote the awareness and understanding of the history of the Holocaust through education—reaching thousands of students and educators each year. We address the fact that society continues to witness genocide due to continuing racism and hatred and that we must all be vigilant in opposing racism, antisemitism and other forms of bigotry.

The Working Definition of Antisemitism

The Working Definition of Holocaust Denial and Distortion

The Working Definition of Anti-Roma Discrimination

The drafting process behind the IHRA’s working definitions and charters allows for the expertise of 34 Member Countries to be made accessible to policymakers. The process begins with IHRA experts drafting the working definition or charter in consultation with members of civil society. This process takes years and is usually spearheaded by one of the IHRA’s Working Groups or Committees. All IHRA decisions are non-legally binding and taken by consensus.

The Jewish Heritage Centre of Western Canada is located on ancestral lands, on Treaty 1 Territory. The Red River Valley is also the birthplace of the Métis. We recognize the historical fact emphasized by the Truth and Reconciliation Commission of Canada, the National Inquiry into Missing and Murdered Indigenous Women and Girls, and as acknowledged by the Government of Canada: that the Canadian government and various religious and secular organizations that pre-date the country perpetuated a genocide against the Indigenous peoples– and– that elements of that genocide continue to the present day.

We affirm that our commitment to “Never Forget” must also include confronting attempt to destroy Indigenous culture and nationhood,  and condemning attempts to deny that historical reality.

Bringing together the  Jewish Historical Society of Western Canada, the Marion & Ed Vickar Jewish Museum of Western Canada, the Genealogical Institute, the Irma and Marvin Penn Archives, and the Freeman Family Foundation Holocaust Education Centre, the Jewish Heritage Centre is The JHC has been indispensable in creating a historical consciousness, not only for our local Jewish community, but also for the broader Canadian community. We have done so by interpreting the majestic sweep of our history, with all of its elements and contradictions. We make it available to the public through various means: lectures, publications, exhibits, workshops, genealogy projects, and more. By trying to create a greater and keener awareness of the past, the JHC has contributed to creating a greater Jewish Canadian identity. This video presents an overview of what the Jewish Heritage Centre is all about. 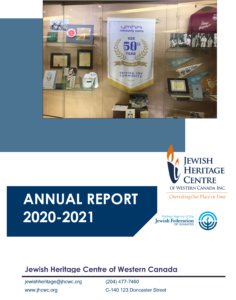