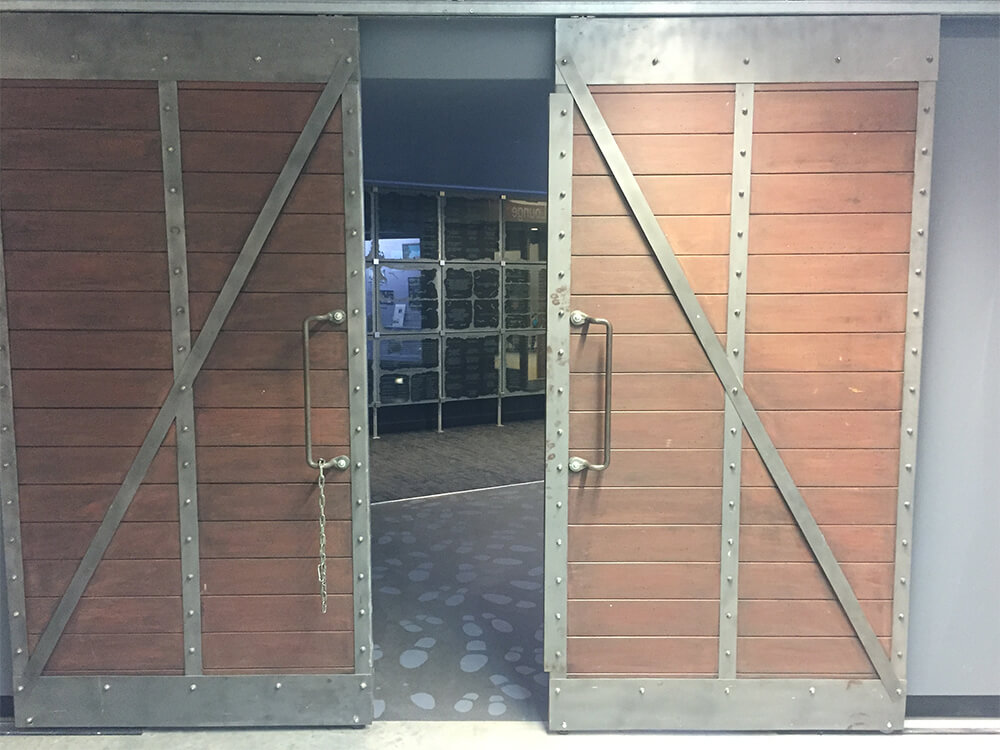 At least 2,000 students from fifty schools walk through the replica of the boxcar doors each year to see the exhibits and hear presentations, usually by Survivors, about the Holocaust and the need to build a society that is free from racism and other forms of discrimination. The boxcar doors are kept open at other times so individuals can visit on their own. The footsteps in front of the doors symbolize how closely crowded people were as they were transported from the ghettos and camps, towns and villages throughout Europe, and even remote Mediterranean islands in railway cars to the death camps. On the far wall is an image of the infamous Auschwitz Concentration Camp where 1.1 million people were murdered, most of them Jews.